Teach for America is a national organization that recruits top college graduates and community leaders to commit to teaching in schools serving students who are low-income and otherwise disadvantaged. Teach for America operates in both St. Louis and Kansas City.

In 2013, the national Teach for America staff made it a priority to get state governments around the country to partner with them in an effort to ensure that local regions were self-sustaining and that hard to service school districts had a strong pipeline of talent. As a result of this new focus, the National Teach for America leadership team hired the members of Nexus Group to both work with the General Assembly to secure a line-item in the state budget for an urban teaching program and then to support the local chapters as they maneuvered through the State’s complicated procurement process.

Nexus Group laid out a two-year strategy for TFA that included developing long-term legislative champions who would make it a priority every year to secure their line-item, educating the budget committee, and deploying an aggressive messaging campaign to negate the fallacies about the organization that existed among some legislators and interest groups.

Within two years, Teach for America had some of the most effective legislative champions in the General Assembly, the myths about the organization had been debunked with most legislators, and a $500,000 line item had been secured. With Nexus Group’s support, Teach for America won the state’s RFP process. 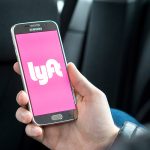 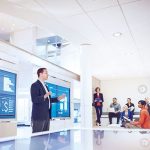