During the 2017 Missouri Legislative Session, Nexus Group led an effort to create statewide ridesharing regulations on behalf of Lyft, one of the nation’s largest transportation network companies (TNC). This was a major undertaking and one of the most significant pieces of legislation to become law that year. Many of the state’s largest cities, taxi companies, and largest lobbying firms began the session opposed to the legislation. The legislation did two things: 1. Created one uniform regulatory scheme for TNCs across the entire state and 2. Ensured that the regulations imposed by the State did not negatively impact the business model of TNCs while also giving TNCs the flexibility they need to adjust to new technology and customer demand.

Prior to the 2017 legislative session, TNCs spent two years trying to pass similar legislation and failed. Though a majority of legislators supported the legislation from the beginning, as is often the case, a well-placed chairman and a handful of senators who were opposed to the legislation were able to stall the progress. Meanwhile, municipalities across the state continued to try to create their own regulatory schemes that would make it nearly impossible for Lyft and others to provide ridesharing services.

After the 2016 legislative session, when the legislation fell short of final passage, Nexus Group designed a strategy that included earned media, paid media and a full-throttled lobbying campaign. After dozens of negotiating meetings, numerous drafts of the legislation and amendments, and rigorous vote counting in both chambers, the final bill passed the House by 144-7 and the Senate by a vote of 31-1. 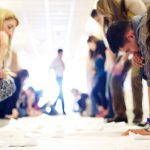